YouTube has been a platform for everyone to share their content. However, YouTube is not without its problems and this week they were in the news due to fraudulent copyright claims on videos uploaded by users
The quick fix was that Bungie (developer of Destiny 2) filed a lawsuit against these publishers claiming unfair treatment from YouTube. It begs the question: what can be done about such an issue?

The “dmca takedown” is a type of notice that can be sent to YouTube claiming content on the platform violates copyright. Bungie has filed a lawsuit against YouTube over fraudulent DMCA notices. 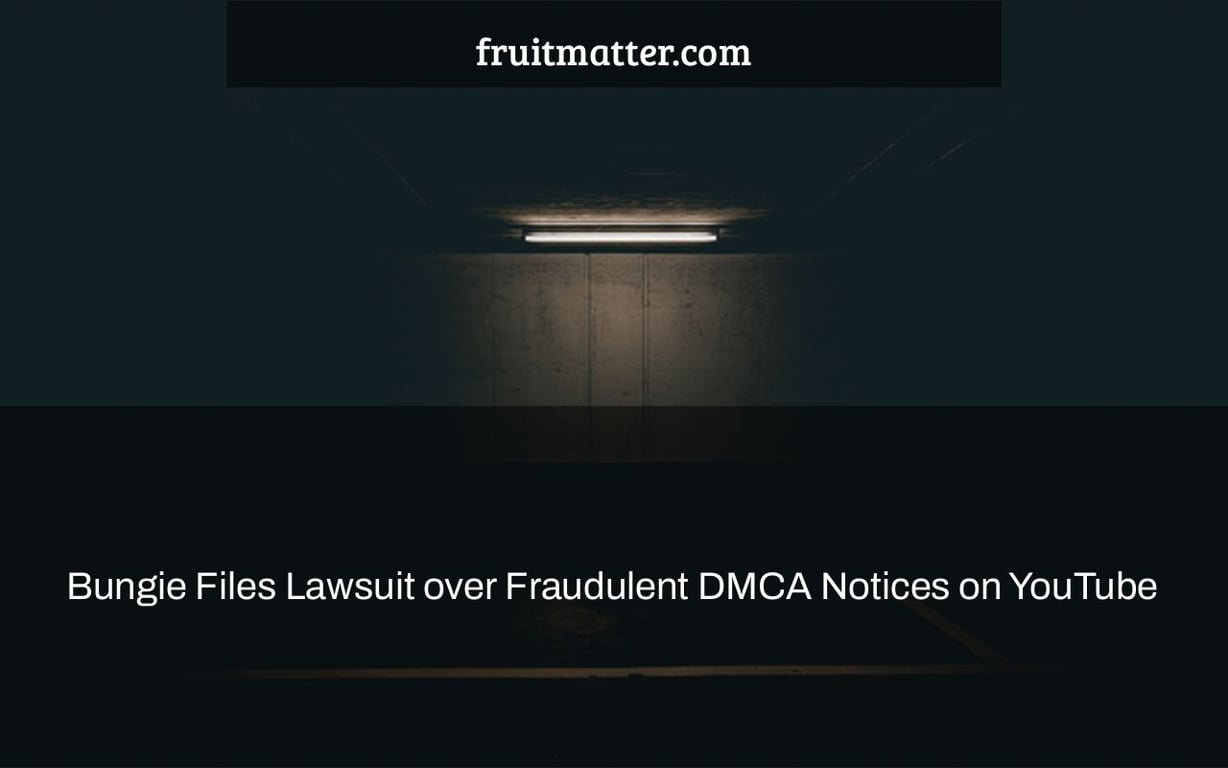 Bungie has filed a lawsuit in response to a spate of copyright takedown notices given to YouTube broadcasters who were attempting to save music from the Destiny games. Not only did gamers who streamed sections of the game get DMCA notices, but so did Bungie, which investigated the problem after receiving a copyright notice for its own intellectual property.

We’ve been made aware of a spate of copyright takedowns on YouTube, and we’re looking into it. This includes Bungie’s own channels’ programming.

These steps are not being performed at Bungie’s or our partners’ request. Please stay tuned for further information. https://t.co/xPY1EzkgTh

Bungie discovered that a phony Gmail account was used to make takedown requests on behalf of one of its business partners, CSC. The DMCA notifications have subsequently become the subject of a lawsuit filed in Washington State against a number of John Does. Bungie has chastised Google/YouTube for the automated method that enabled this to happen, as well as the difficulties in receiving a response from them (three days of emails).

Bungie had to devote significant internal resources to dealing with the issue and assisting its players in restoring their videos and channels–an effort made more difficult by the fact that, while YouTube has a form that allows anyone to claim to represent a copyright holder and issue copyright strikes, it does not have a dedicated mechanism for copyright holders who are being impersonated to notify YouTube about the DMCA fraud. Bungie had to go through multiple levels of YouTube connections before it could fully communicate and begin resolving the situation, as explained below.

The false accounts responsible for the DMCA requests were finally taken down, and the deleted material was reinstated. “If you’re looking for blame, put it on YouTube for its shoddy copyright takedown system and Bungie for ignoring this problem for so long,” writes “one of the guys allegedly responsible for the rogue takedowns” in an email.

TorrentFreak is the source of this information (via Kotaku)

For $17.99 per month, PlayStation Plus Premium will launch in June with 700+ games, cloud streaming, and more.

A sequel to The Legend of Zelda: Breath of the Wild has been postponed until next year (Spring 2023)

Due to lower demand, Apple is reducing production of the iPhone SE and AirPods.